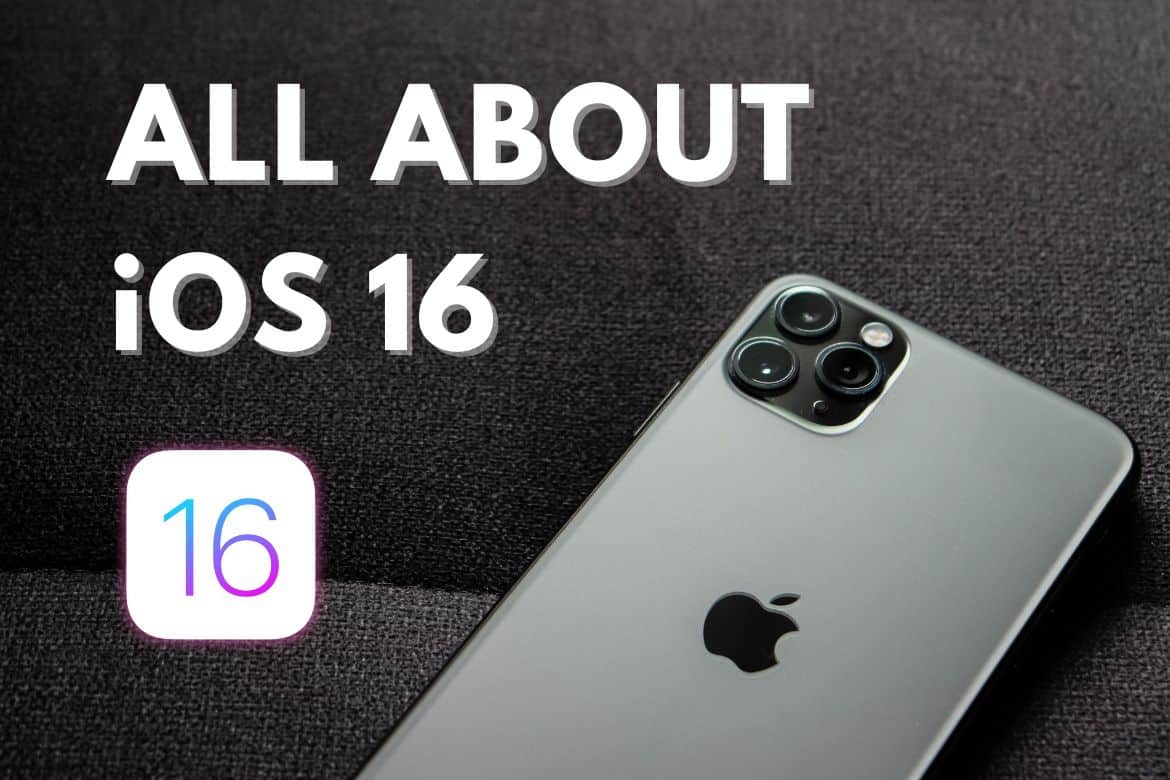 Every year since the iPhone’s inception, Apple has released an iPhone-focused update to help improve the experience on proposition, and iOS 16 in 2022 will be the next.

This year’s Apple Worldwide Developers Conference (WWDC 2022) will see the release of iOS 16, a new version of Apple’s mobile operating system that promises to improve the user experience on the iPhone. It will be available to some iPhone users later this year, but not all.

In this article, we’ll go over everything you need to know about iOS 16, including the most important new features and when it will be available.

What is the release date of iOS 16?

On June 6, 2022, Apple unveiled iOS 16 at WWDC 2022, but that doesn’t mean it will be released soon. In order to allow developers to make any necessary updates to their iOS apps prior to the general release later this year, the public beta programme will begin in July for those interested in participating.

It is expected that the finalized version of iOS 16 will be released in the “Fall” of 2022, along with the iPhone 14, as has been the case with nearly every previous major iOS release.

Which Apple’s iPhone are compatible with iOS 16 update?

If you have an iPhone that is compatible with iOS 16, you can download iOS 16 for free. Apple has not yet announced which models of iPhones will be able to run iOS 16. The iPhone 6s was rumoured to be dropped from the iOS 16 support list, but the company went a step further at its official announcement, with the iOS 16 update removing support for a much broader range of devices.

Following this, we’ve compiled a list of compatible iOS 16 devices:

In fact, Apple has confirmed that iOS 16 will only be available on iPhone 8 and newer, which excludes the following devices:

Apple’s WWDC 2022 keynote focused on a handful of new iOS 16 features, despite the fact that there are likely hundreds of minor tweaks.

A fresh look for the lock screen

The new lock screen experience is the most significant change to the iPhone’s history, introducing new layouts, colours schemes, and quick-glance information that feels inspired by the Apple Watch.

Customization is a major focus. Using a swipe, you can customise the layout of the lock screen, including fonts and colours for the time and date, as well as fun effects. In order to keep things clean and consistent, these effects are generated based on your wallpaper, but they can be edited if necessary.

In addition, you’ll be able to place widgets on the new lock screen and rearrange them as needed. For quick access to information like the weather, fitness levels, and calendar events, this is an excellent alternative to the Apple Watch.

Portrait images taken on your iPhone also have a subtle depth effect, with the clock appearing in front (or behind) of the subject.

What kind of wallpaper do you need? In addition to the new wallpaper gallery, Apple has introduced a Photo Shuffle mode that will randomly switch between images in your photo library throughout the day. It’s also possible to use new interactive wallpapers, such as a live weather wallpaper with fluid animations.

It doesn’t get any better than this. For each Focus, you can have a lock screen with a specific lock screen for that Focus. A swipe between the two modes will bring up the respective settings, which you can use without leaving your current screen.

Is a new lock screen really worth it if it’s constantly inundated with notifications? In iOS 16, Apple has unveiled a new notification system that places notifications at the bottom of the lock screen menu, allowing for a more efficient experience.

Additionally, iOS 16 will include a new feature called Live Activities, which is aimed at reducing the number of annoying real-time notifications users receive from sports and delivery services. It’s possible for developers to create glanceable experiences instead of a barrage of notifications when your order is picked up, out for delivery, and outside (for example).

Undo Send is now available for recently sent messages, which comes in handy for making last-minute changes to your message content. If you don’t want to forget to respond later, you can mark threads as unread.

The Messages app is also getting SharePlay integration, allowing you to watch movies, listen to music, and more while texting with friends.

Adding the ability to interact with text in images saved on your iPhone was a major addition to iOS 15, with Live Text. You can make calls, copy and paste text, and more directly from the app, with new features added in iOS 16 including currency conversion and translation.

If you’re coding a video or something similar, you’ll appreciate the ability to pause the video at any point and copy any text that appears on the screen.

For some reason, you’ll also be able to drag-and-drop cutout images from the Photos app into the Messages app, allowing you to identify products more easily.

As part of iOS 16, Apple Maps will receive some much-needed upgrades, including the addition of new city layouts, local points of interest, and other data that will make it easier to get around in large cities like London and Las Vegas.

A feature that has been around for a long time is being brought to the Maps experience by Apple, with the ability to plan trips on your Mac and have Siri add additional stops along the way.

It’s unclear where this new data will be made available; however, the app now provides rough travel costs for various modes of transportation.

In iOS 16, Apple Pay will include a new feature called “Apple Pay Later,” which allows you to postpone paying for purchases made with Apple Pay.

In addition, Apple will allow customers to spread payments over a six-week period with no interest or fees, which is unusual given that most people are paid on a monthly basis.

It’s still unclear if it’s a US-only feature or a global one, but Apple says it will be available with any Apple Pay purchase.

For small businesses in the United States, Apple Pay will also work with Tap to Pay, allowing them to accept payments directly from their customers’ smartphones.

It was announced ahead of WWDC 2022 that iOS 16 will include new features that will allow users with disabilities to “navigate, connect, and get the most out of Apple products”.

It all begins with Door Detection, a new feature that uses a combination of LiDAR, your iPhone’s camera, and machine learning to help users locate a door when they arrive at their destination. The technology can not only tell if a door is open or closed, but it can also tell if the door has a knob or handle, and how the door can be opened. Additionally, it’s capable of deciphering door numbers and other identifying signs and symbols.

Live Captions, a new feature for the deaf and hard-of-hearing, will be a welcome addition to iOS 16. Aside from apps like Instagram and FaceTime, the technology is capable of real-time audio captioning, as the name suggests. Apple also claims that the technology can be used to have a conversation with a person sitting next to you.

You can also use the iPhone’s existing assistive features like Voice Control, sound actions, and head tracking instead of tapping on the Apple Watch display with the new Apple Watch Mirroring feature.

Using a double pinch gesture, users will be able to dismiss notifications, take photos, play music, and perform other actions on the Apple Watch with the new Quick Actions feature.

Smaller additions to Apple devices are also coming later this year, such as new language support for VoiceOver, Voice Control Spelling Mode and a new Sound Recognition feature in Apple Books. Users can also ask a friend to help them play games by combining two game controllers into one input, such as the Buddy Controller feature.

There is a lot more to iOS 16 than what Apple showcased at WWDC 2022, of course For those of you who missed the initial announcement, here are a few of our personal favourites from the upcoming year.

[…] This year's Apple Worldwide Developers Conference (WWDC 2022) will see the release of iOS 16, a new version of Apple's mobile operating system that promises to improve the user experience on the iPhone   […]